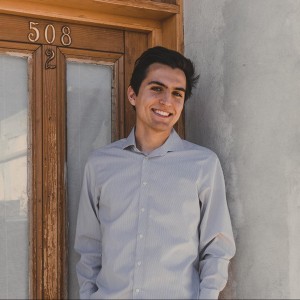 With lack of widespread COVID vaccination and the emergence of new variants, it’s critical we make use of all the tools we have to fight the virus—including rapid antigen testing.

COVID-19 upended our lives, changing the way we live, work, and socialize. After more than a year of quarantining, social distancing, masking, and relentless handwashing, people are anxious to return to normal.

As some nations are starting to ease restrictions and open back up, new strains of the virus are wreaking havoc around the world. We must remain vigilant with pandemic best practices and rigorous serial testing to prevent the spread because the virus is mutating—and the pandemic isn’t over yet.

Why viruses mutate—and what it means for us

Viruses mutate all the time through a process called antigenic drift—quite simply, the virus makes an error while copying itself and a new mutation is born. Most of the time, these mutations rise and fall quickly and are no cause for concern, likely even going unnoticed the vast majority of the time.

These changes will give a virus a competitive edge. For example, a mutation could make a particular strain of virus better able to attach to human cells, making it more contagious. Or it could make the virus multiply more quickly in the human body, building up heavy loads of the virus and allowing it to spread from person to person earlier in the course of infection.

Or, in the case of the Delta variant, it could do both those things.

In October 2020, the World Health Organization detected a new strain of the SARS-CoV-2 virus which causes COVID-19.

Within six months, the new strain, the Delta variant, was officially labeled a Variant of Concern (VOC).

Unfortunately, the Delta variant isn’t the end of the story. The World Health Organization is currently tracking at least four other Variants of Interest (VOI), including the Lamba variant, which has been found in 29 countries and is already the cause of more than 80% of cases in Peru.

It’s clear the fight against COVID isn’t over yet.

As we know by now, some of the most effective ways to prevent the spread of disease are through methods like handwashing, social distancing, and wearing masks or face coverings.

Some countries now also have access to vaccines. So far studies suggest the vaccines do offer protection against the different strains, although the level of protection may vary; for example, a fully vaccinated person may still become infected with the Delta variant, but their symptoms would be much more mild.

However, we cannot fully rely on the vaccine to protect. Only about 25% of the world’s population has gotten at least one dose of the vaccine—a far cry from the 70% to 90% experts say is needed in order to achieve herd immunity. Higher vaccination rates are concentrated in wealthier countries; low-income countries hover around 1% of the population having received a first dose.

Fortunately, rapid antigen tests have emerged throughout the pandemic as an extremely effective and reliable way to mitigate the spread of disease.

Rapid antigen tests analyze samples, oftentimes via nasopharyngeal swabs, to detect proteins specific to COVID-19. They’re designed to detect high viral loads, which occur in the body when a person is most infectious. According to the latest report published by the UK government in July, the Innova test can detect the latest Delta variant, B.1.167.2 and Delta Plus Variant B.1.617.2.1 in addition to being able to detect previously identified variants including Alpha, Beta, Gamma and Kappa as shown in recent studies.

These tests are also very convenient and accessible. They don’t require special equipment and they don’t have to be sent to a lab. They produce results in 30 minutes or less. This allows people to safely conduct these tests from the comfort of home and get quick and reliable information on whether they’re virus-free—or whether they need to start isolating right away.

Rapid antigen testing is at its most effective when used as a regular part of COVID-19 safety practices, such as in the UK where testing twice a week is advised, even if a person doesn’t feel sick. To this end, the UK has made tests available for free for much of the population. Frequent testing is recommended in part because the virus has a median of 5 days incubation period when the virus is not live and not detectable and that rapid antigen tests have proven critical when it comes to detecting asymptomatic cases. Studies show 1 in 3 people infected with COVID-19 never display symptoms. Because they don’t know they’re infectious, these asymptomatic individuals can spread the disease without even realizing it—a particularly concerning threat considering how easy it is to spread and catch the Delta variant. Making serial testing a regular and accessible option means those cases can be identified and appropriately managed, breaking the chain of disease transmission—and saving an untold number of lives.

A weapon in the fight against COVID

The vaccine is helping us make progress against COVID-19. With the emergence of new variants and the lack of widespread access to the shots, it is critical we continue to use all the tools in our arsenal to protect ourselves and each other from the virus. With fast, accurate results, rapid antigen testing is one of the best tools available.

Contact us today to learn more about the benefits of antigen testing and how Innova Medical Group can help you.

PrevPreviousInnova Medical Group partners to open its first COVID test manufacturing facility in UK, plans to add more
NextHow one quick test can make a huge impact against COVID-19Next
Go to Top
We use cookies on our website to give you the most relevant experience by remembering your preferences and repeat visits. By clicking “Accept”, you consent to the use of ALL the cookies.
Do not sell my personal information.
Cookie SettingsAccept
Manage consent

This website uses cookies to improve your experience while you navigate through the website. Out of these, the cookies that are categorized as necessary are stored on your browser as they are essential for the working of basic functionalities of the website. We also use third-party cookies that help us analyze and understand how you use this website. These cookies will be stored in your browser only with your consent. You also have the option to opt-out of these cookies. But opting out of some of these cookies may affect your browsing experience.
Necessary Always Enabled
Necessary cookies are absolutely essential for the website to function properly. These cookies ensure basic functionalities and security features of the website, anonymously.
Functional
Functional cookies help to perform certain functionalities like sharing the content of the website on social media platforms, collect feedbacks, and other third-party features.
Performance
Performance cookies are used to understand and analyze the key performance indexes of the website which helps in delivering a better user experience for the visitors.
Analytics
Analytical cookies are used to understand how visitors interact with the website. These cookies help provide information on metrics the number of visitors, bounce rate, traffic source, etc.
Advertisement
Advertisement cookies are used to provide visitors with relevant ads and marketing campaigns. These cookies track visitors across websites and collect information to provide customized ads.
Others
Other uncategorized cookies are those that are being analyzed and have not been classified into a category as yet.
SAVE & ACCEPT